The Woman In The Window And Film’s Most Cursed Productions

Since it first went into production in 2018, this much-delayed mystery thriller has appeared increasingly doomed. Nicholas Barber looks at the films that are troubled from the start.

Amy Adams’ new mystery thriller, The Woman In The Window, may be adapted from a Gone Girl / The Girl On The Train-type thriller novel, but it’s not always easy to lose yourself in its twisty-turny plot. Partly, that’s because the revelations are so silly that you’re more likely to laugh at them than be engrossed. And partly, it’s because the acting, editing and camerawork are so hectic that it feels as if you’re reading a book in the middle of a rugby scrum. But another factor is that the story on screen is less compelling than the story of what went on behind the scenes. In the three years since the film was announced, it has suffered so many delays, reshoots and scandals that it now has the unfortunate reputation of being a “troubled production”. And, as so many notorious examples have shown, it’s difficult for any film to shake that reputation off.

Rewind to 2018, and The Woman In The Window could hardly have looked more promising. It was based on a New York Times bestselling novel. The screenplay was by Tracy Letts, a Tony- and Pulitzer-winning playwright. The director was Joe Wright, whose previous film, Darkest Hour, had been nominated for best picture at the Oscars. And the cast and crew were stacked with Academy Award nominees and winners. Adams stars as Dr Anna Fox, an unstable, agoraphobic child psychologist who lives alone in a Manhattan brownstone. She is befriended by Jane (Julianne Moore), who has just moved into the house across the street. But, the next night, as Anna is peeking through her window into Jane’s house, she glimpses her new neighbour being stabbed to death. Or does she? Jane’s husband (Gary Oldman) insists that Jane (now played by Jennifer Jason Leigh) is alive and well. Has he persuaded an imposter to impersonate his murdered wife? Or is Anna’s medication making her hallucinate? With a Rear Window-like plot as juicy as that, and a creative team as gifted as that, the phrase “what could possibly go wrong” came to mind. 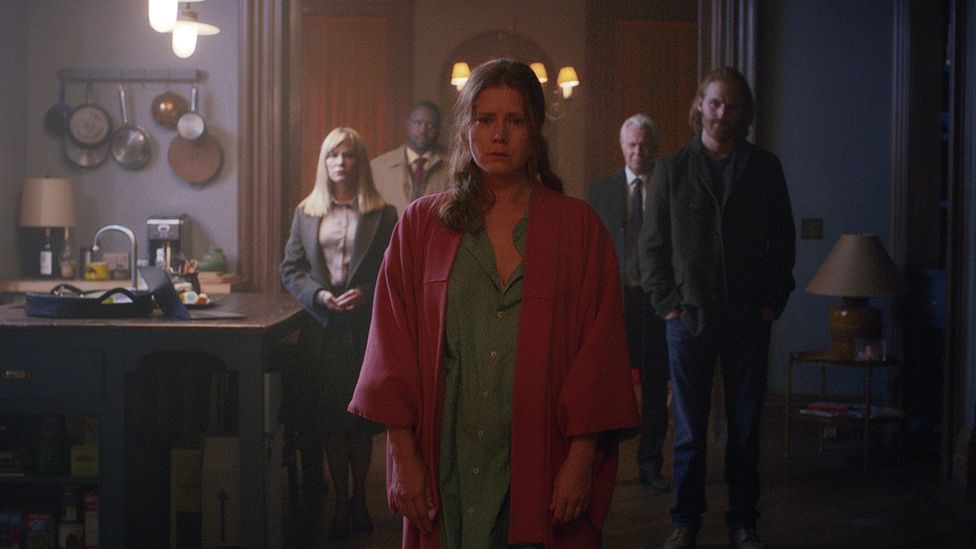 The Woman in the Window is stacked with Academy Award nominees and winners – and yet that still couldn’t save it (Credit: Netflix)

Then, of course, quite a lot went wrong. The film’s studio, Fox 2000 Pictures, was bought by Disney – and studios are rarely enthusiastic about films which have been developed elsewhere. Audiences at early test screenings said that they couldn’t understand what was going on. The release date was pushed back to allow for several days of reshoots scripted by Tony Gilroy, but the subsequent test scores were no better. In 2019, The New Yorker ran an article exposing the novel’s author, Dan Mallory (who uses the pseudonym AJ Finn), as a chronic fantasist who lied outrageously to further his career. The coronavirus pandemic hit, and the release date was pushed back again. Disney then passed the film on to Netflix, which meant that it would appear online without the benefit of a red-carpet premiere. And finally, just one month ago, an article in The Hollywood Reporter saw ex-employees of its producer, Scott Rudin, allege that he was a violent bully who was prone to throwing laptops, glass bowls and baked potatoes around his office. (In a subsequent statement, he said: “Much has been written about my history of troubling interactions with colleagues, and I am profoundly sorry for the pain my behavior caused to individuals, directly and indirectly”.) The Woman In The Window is here at last, but the glittery lustre which is so crucial to a film’s marketing has been well and truly scraped off.

Viewers are entitled to think that if they hear enough about revisions and repairs, hirings and firings, then they’re not going to see an artistic triumph but a committee-led compromise

Not that any film should be condemned on the basis of its creators’ trials and tribulations. Most of the problems listed above had nothing to do with the production itself; besides, reshoots and personnel changes are part of the Hollywood process. Eric Stoltz was swapped for Michael J Fox when shooting was underway on Back To The Future, and Harvey Keitel was swapped for Martin Sheen on Apocalypse Now, and neither of those films turned out too badly. In 1997, Titanic was a byword for illnesses, injuries, spiralling costs and missed deadlines, but once it became a record-breaking hit, winning 11 Oscars and grossing well over £1 billion, all the on-set battles were reassessed as signs of the director’s perfectionism. More recently, Bryan Singer was fired from the beleaguered Bohemian Rhapsody, and Dexter Fletcher stepped in, but the biopic was another multiple-Oscar-winning smash. There are even occasions when word of a film’s production woes can enhance its allure: for fans of Terry Gilliam, the director’s well-documented difficulties with Brazil and The Man Who Killed Don Quixote only added to the legend that a maverick auteur had fought against the odds to realise his vision.

The problem of bad omens

But these are the exceptions. More often, films struggle to regain their glamour once they have been branded “troubled”, “cursed” or, worst of all, “doomed”. Viewers are entitled to think that if they hear enough about revisions and repairs, hirings and firings, then they’re not going to see an artistic triumph but a committee-led compromise. And while Hollywood has always had gossip columns, films’ reputations are more fragile than ever now that social media sites can send every rumour and on-set photograph around the world in a nano-second. By the time audiences got to see Cats, they weren’t ready and raring to be transported into a musical wonderland. Their appetites were whetted for a banquet of cinematic tripe.

If nothing else, advance knowledge of a stressful production can be distracting when you’re watching the finished product. You’re supposed to be concentrating on the war between humans and robots in Terminator Salvation; instead, you’re trying to work out which scene they were shooting when Christian Bale was recorded shouting at the cinematographer. You’re supposed to be chortling at the talking animals in Dolittle; instead, you’re trying to guess which segments were there all along, and which were added during the 21 days of reshoots. This year’s Chaos Walking and 2017’s Justice League had muddled plots and clashing tones. If you watched them while knowing that the original directors were replaced in both cases, those flaws were all the more glaring. 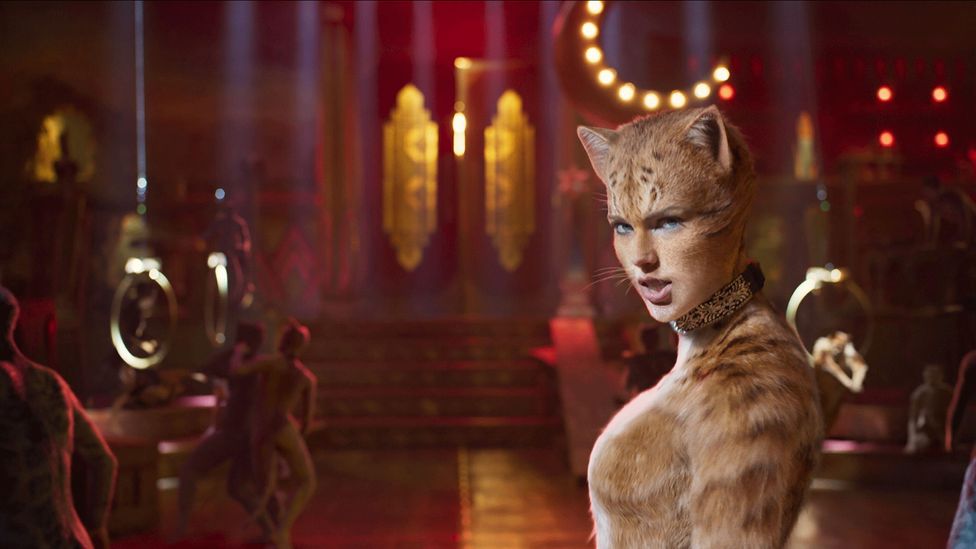 Cats was another film that seemed doomed based on rumours and gossip long before its release (Credit: Alamy)

The Woman in the Window turns out to be a classic example of this phenomenon. It’s undoubtedly confused and confusing. At the start, the viewer is bombarded with captions, voice-overs, flashbacks and clips from vintage films. New characters march in and out at a bewildering rate. Everything is heightened and artificial, and the acting is so wildly shouty that Oldman should be forced to hand back the Oscar he won for The Darkest Hour. And yet nothing actually happens for most of the running time except for Anna padding around her absurdly spacious and shadowy house, swigging red wine and popping handfuls of pills. Wright was obviously aiming to visualise his heroine’s befuddled state of mind, and he was obviously aiming for a pointedly theatrical film, in the same vein as his 2012 adaptation of Anna Karenina. But the results manage to be frenetic and boring at the same time.

If you hadn’t heard about the test screenings and the reshoots, you would probably find The Woman In The Window either unintentionally funny or tiresome enough to give you a headache. Once you know about them, you can’t help thinking: well, no wonder the film’s first audiences were baffled. And no wonder the producers felt that repairs were urgently required.

Some troubled productions encourage you to imagine the great film that might have been. In this case… not so much.

The gaps between the initial shoot and the reshoot aren’t as cavernous as they are in Chaos Walking and Justice League, but some scenes seem suspiciously like salvage attempts. The sequence in which the mystery is solved, for instance, consists of one character standing in front of Anna and reciting half of the solution, and then another character standing in front of her to recite the other half. Was this scene plopped in after test audiences complained that the story was hard to follow? Did someone decide that the simplest way to clarify it was to have two characters taking turns to explain it? If so, there is no way that this scene is an improvement on whatever was there before.

The sad part is that, when the mystery is cleared up, the pulpy plot seems so shallow and derivative that it never seems worth all the effort that went into it. My own hunch is that whoever directed the film of the novel, and whether or not there were bumps on the road from page to screen, The Woman In The Window was always going to be trashy. Some troubled productions encourage you to imagine the great film that might have been – the potential masterpiece that was scuppered by bad luck and crass interference. In this case… not so much. As talented as Wright and his team may be, the fact that their film was troubled is the most interesting thing about it.

May 18, 2021
Video-streaming giant Netflix has reported a slowdown in subscriber growth, sending its shares tumbling. About 3.98 mill... More
Prev Post The Most Intense Firestorms In The World
Next Post Money Managers Say It’s Time to Get Picky in Emerging Markets