What to read now, from an ‘interrogation of pleasure’ to a masterpiece about AI and a queer, antebellum love story.

A Swim in a Pond in the Rain by George Saunders

George Saunders, the acclaimed US novelist, short story writer and Booker prize-winning author of 2017’s Lincoln in the Bardo, has been teaching creative writing at Syracuse University for the past 20 years. A condensation of Saunders’ course on the 19th-Century Russian short story in translation, A Swim in a Pond in the Rain takes the reader through seven stories by Tolstoy, Chekhov, Gogol and Turgenev with a line-by-line analysis that is part writing seminar, part humorous and optimistic life philosophy. If that sounds like hard work, it’s anything but. Vanity Fair describes the book as “generous, funny, and stunningly perceptive,” while The Telegraph calls it “enormous fun to read”. (RL) 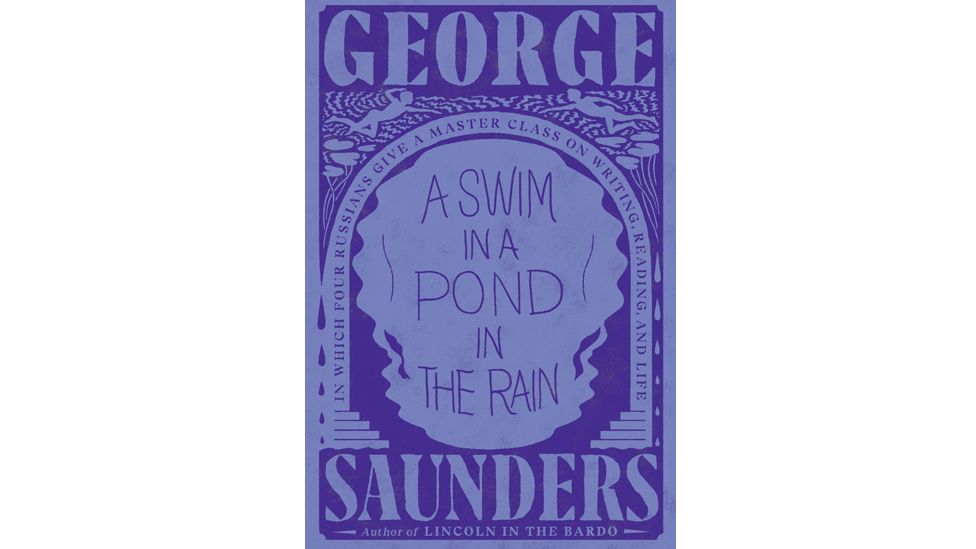 Klara and the Sun by Kazuo Ishiguro

The acclaimed Klara and the Sun is Ishiguro’s eighth novel – and his first since being awarded the Nobel Prize for Literature in 2017. The narrator is Klara, an “Artificial Friend” who observes the world around her with an android mix of intelligence and naivety. When she is chosen by a family to live with them, she must adjust her thinking – and the novel’s underlying theme of what it means to love is explored. The Observer says: “Ishiguro has written another masterpiece, a work that makes us feel afresh the beauty and fragility of our humanity”. (LB) 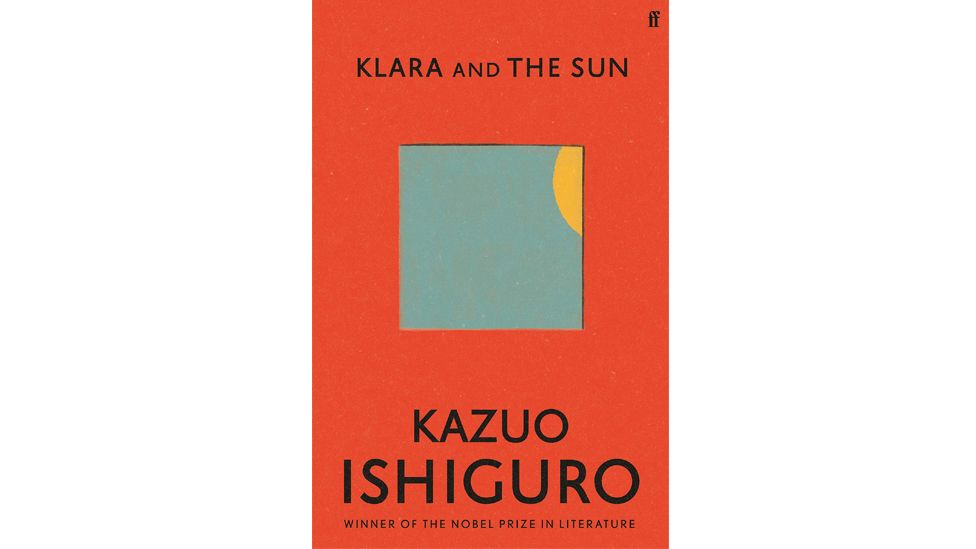 The strange relationship between Edie, a struggling 23-year-old black artist, and a middle-aged white couple she moves in with is the focus of Luster, the striking debut novel from US writer Raven Leilani – released in the US in 2020, and in the UK in 2021. Described by The New Yorker as “a highly pleasurable interrogation of pleasure,” Leilani skewers 21st-Century sexual, racial and office politics with a dry, dark and frequently absurd comic style. “Leilani’s prose mesmerises; you go with her, wherever she decides to take you,” says the Guardian, while Zadie Smith, Leilani’s former tutor at NYU, calls Luster “brutal – and brilliant”. (RL) 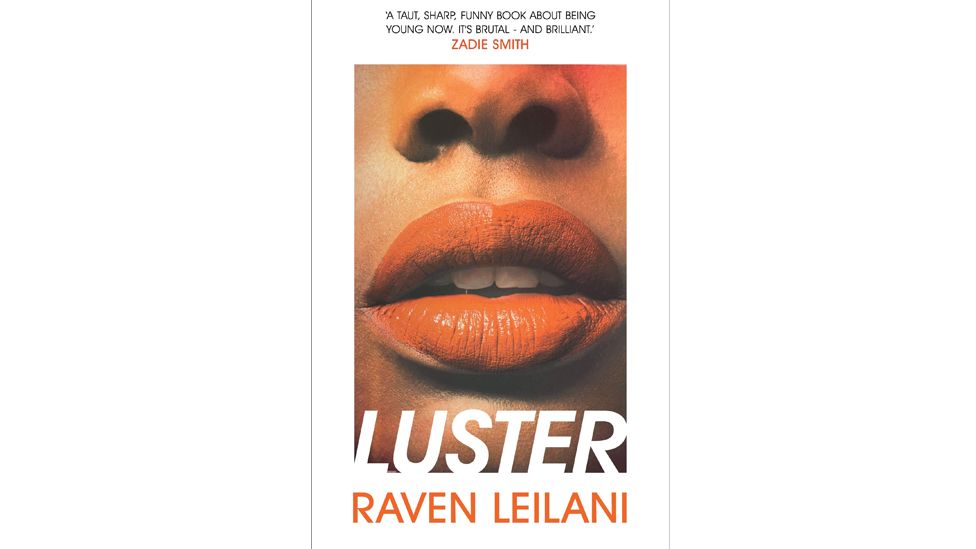 Aftershocks: Dispatches from the Frontlines of Identity tells the true story of Owusu’s peripatetic upbringing, as she moves across the globe – to Tanzania, England, Italy, Ethiopia and Uganda among others – with her diplomat father. The narrative sweeps forward and back in time, and the thematic structure echoes an earthquake, as each upheaval forces the ground beneath her to shudder. The New York Times calls it “a gorgeous and unsettling memoir”. (LB) 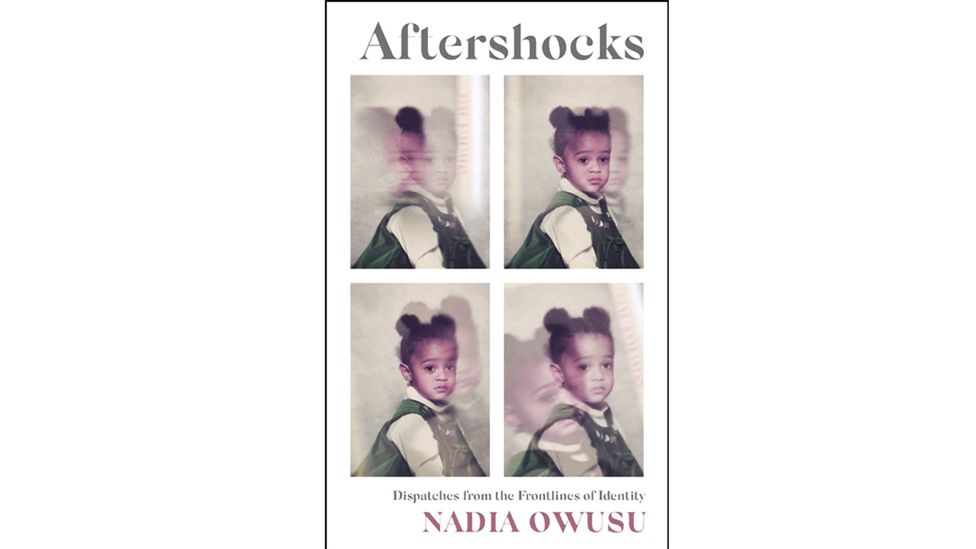 Let Me Tell You What I Mean by Joan Didion

Twelve pieces written between 1968 and 2000 by one of America’s most revered and influential writers are brought together here for the first time. They include descriptions of trips to William Randolph Hearst’s San Simeon castle and a Gamblers Anonymous meeting in Las Vegas, along with essays on Ernest Hemingway, Nancy Reagan and the photographer Robert Mapplethorpe. The volume also includes Didion’s iconic 1975 Berkeley lecture ‘Why I write’, in which she explained: “I write entirely to find out what I’m thinking, what I’m looking at, what I see and what it means”. This new collection, according to Vox, “works like a skeleton key to unlock Didion’s continued significance in American culture.” (RL) 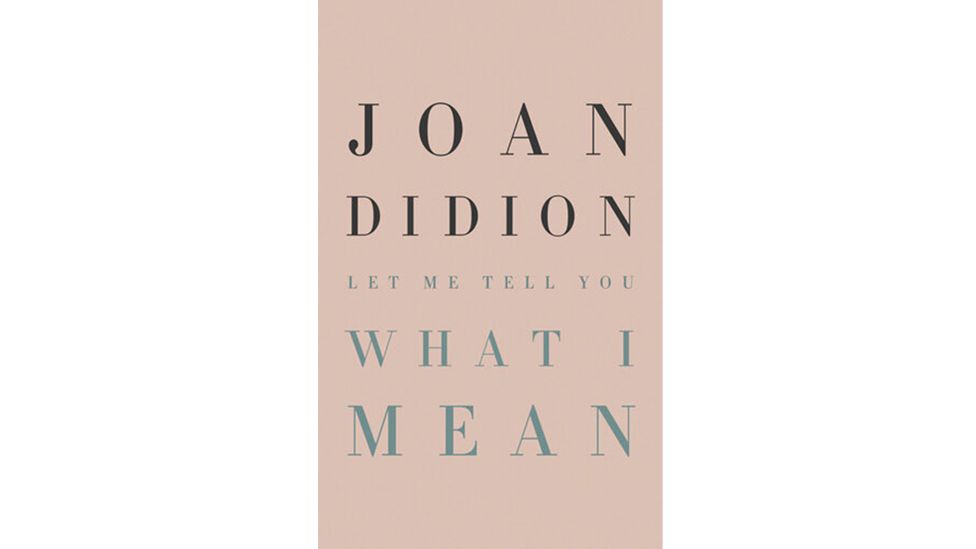 Nominated for the Women’s Prize, Destransition, Baby tells the story of Reese, a 34-year-old trans woman who longs to be a mother, her ex-partner Amy – who has detransitioned and become Ames – and Ames’s boss and girlfriend Katrina, who he has impregnated. The evolving dynamics between the three are explored as they ponder the idea of raising a baby as a trio. London’s Evening Standard praises the book’s “irreverent, zeitgeist-nailing quality”, and describes it as “an exuberant novel of ideas, desire and life’s messy ironies”. (LB) 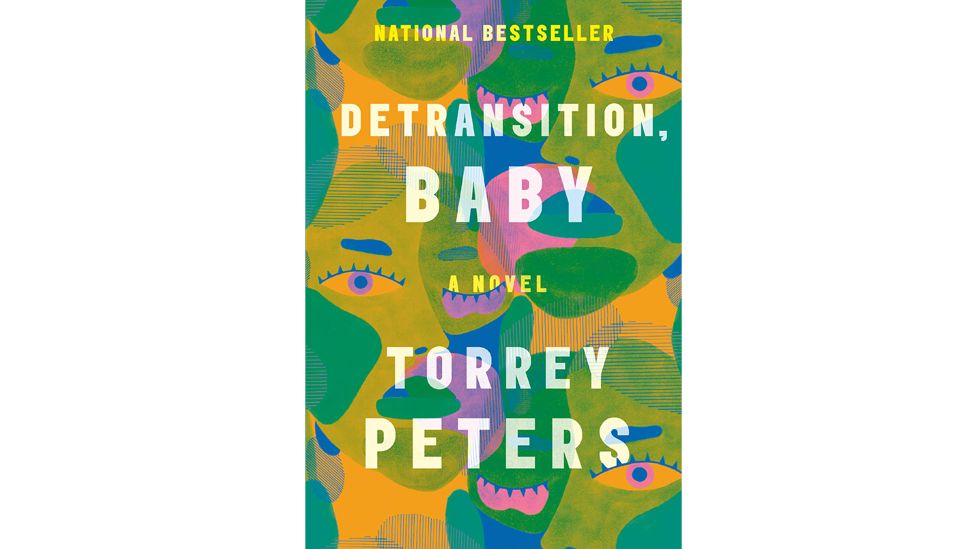 The Prophets by Robert Jones Jr

Situated on an antebellum Mississippi plantation known as “Empty”, Robert Jones Jr’s debut centres on a group of enslaved people and slave owners, their stories interwoven with voices from the past. At its heart is a queer love story between Isaiah and Samuel that, according to the New York Times, is its “most tender and stunning achievement”. In both its form and content, The Prophets is reminiscent of and inspired by the work of Toni Morrison, its narrative reaching back and forth, as The Guardian writes, “wedded to its period but also of our times, exploring the pressing questions that have plagued America since its founding”. (RL) 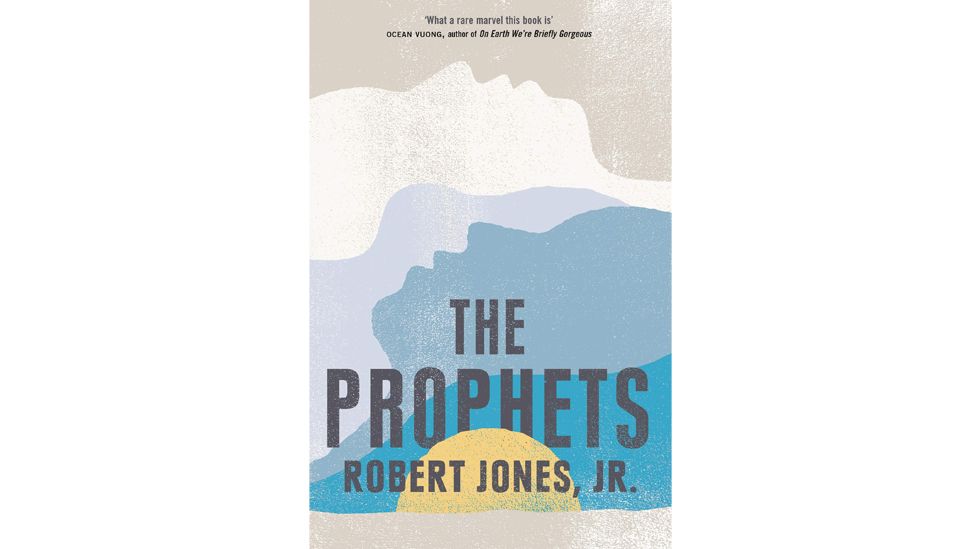 No One is Talking About This by Patricia Lockwood

Patricia Lockwood’s modern meditation is a genre-defying book that asks the question “is there life after the internet?”. A woman who has become well-known for her social-media posts attempts to negotiate the new language of what she calls “the portal”, and becomes increasingly overwhelmed. When real life comes crashing into her world, questions about love and human connection are raised. The New York Times Book Review describes it as “a book that reads like a prose poem, at once sublime, profane, intimate, philosophical, witty and, eventually, deeply moving”. (LB) 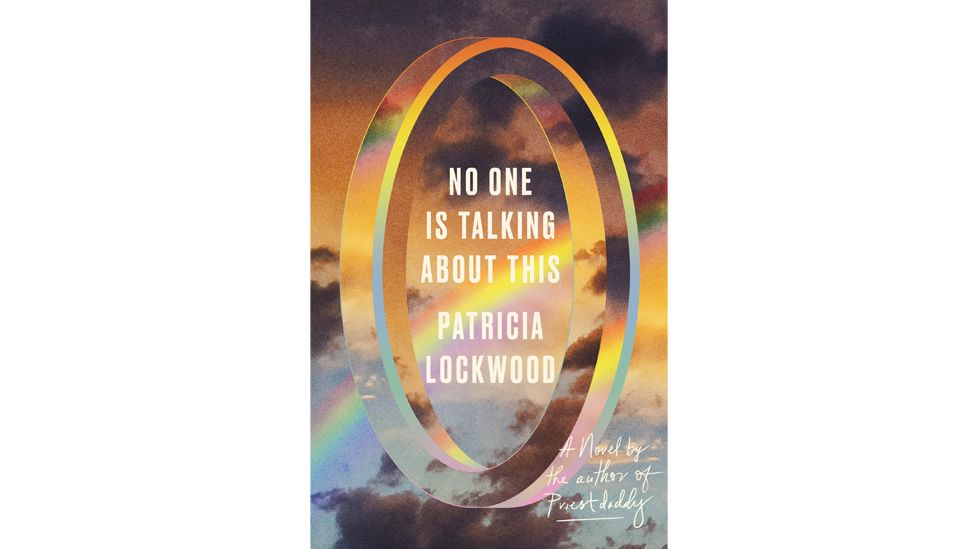 Leave the World Behind by Rumaan Alam

In his third novel, US writer Rumaan Alam conjures up an apocalyptic novel with a twist, subverting genre expectations by never revealing the true nature of the disaster that unfolds. We follow a middle-class white family from their Brooklyn home to an idyllic holiday Airbnb on Long Island, whose owners – a rich black couple in their 60s – knock at the door late at night asking to shelter from a cataclysmic event in the city. What follows is a neatly plotted and cuttingly observed drama about race and class, interrogating how people really act in a crisis. Published in the US in 2020, and in the UK earlier this year, Leave the World Behind, described as “enthralling” by The New Yorker, could not be more relevant, creating, says The Irish Times, “an eerily believable world of apocalypse now”. (RL) 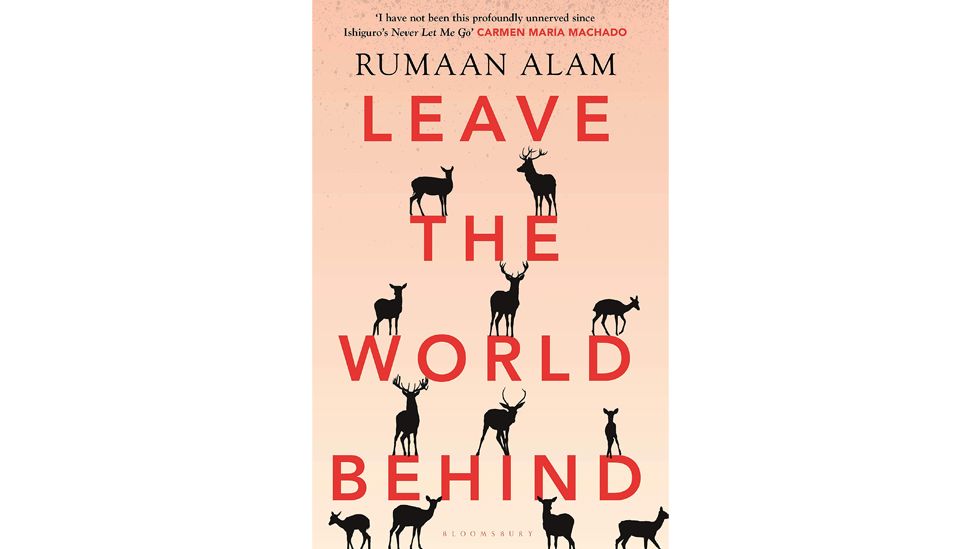 “A delectable exploration of physical and emotional hunger,” is how The Washington Post describes Milk Fed. It tells the story of 24-year-old Rachel who works for a talent agency and measures out her days in calories consumed, as her mother had taught her growing up. When Rachel meets the overweight Miriam her desires both spiritual and sexual come to the fore. As The Washington Post puts it: “Broder’s second novel combines her singular style with adventures of the calorie-and-climax-filled kind, sumptuous fillings surrounded by perfectly baked plot.” (LB) 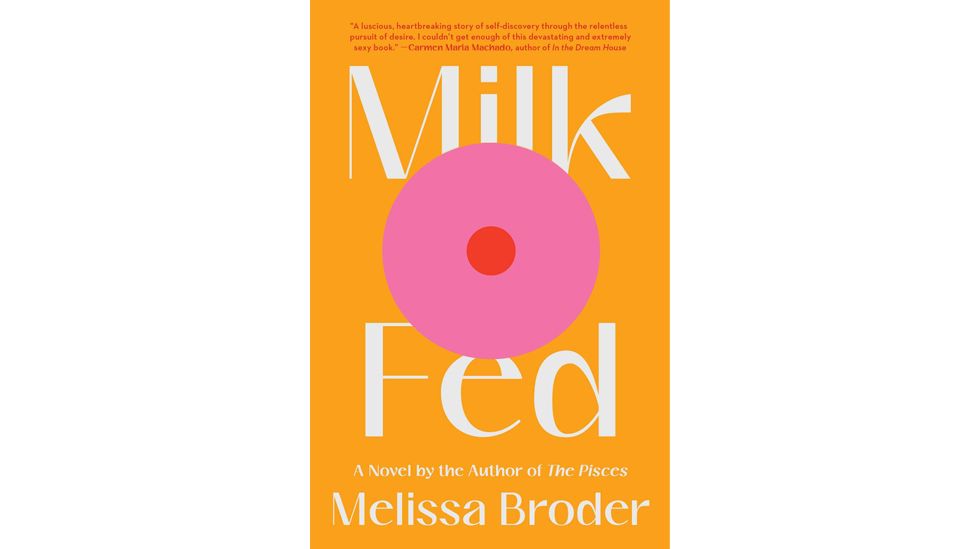 With his debut Open Water – ostensibly a love story between a young photographer and a dancer – Azumah Nelson uses his central romance to explore themes of race, class and London life, while taking risks with form (the narrative is in the second-person, neither central character is named). It’s a celebration of black artistic excellence, weaving in the photography of Roy DeCarava, Barry Jenkins, Solange and Kendrick Lamar; Zadie Smith even makes a cameo. It is described as a “bracing and nuanced exploration of black masculinity” by the i newspaper, while The Guardian praises Azumah Nelson’s “elegance of style” and “exciting ambition”. (RL) 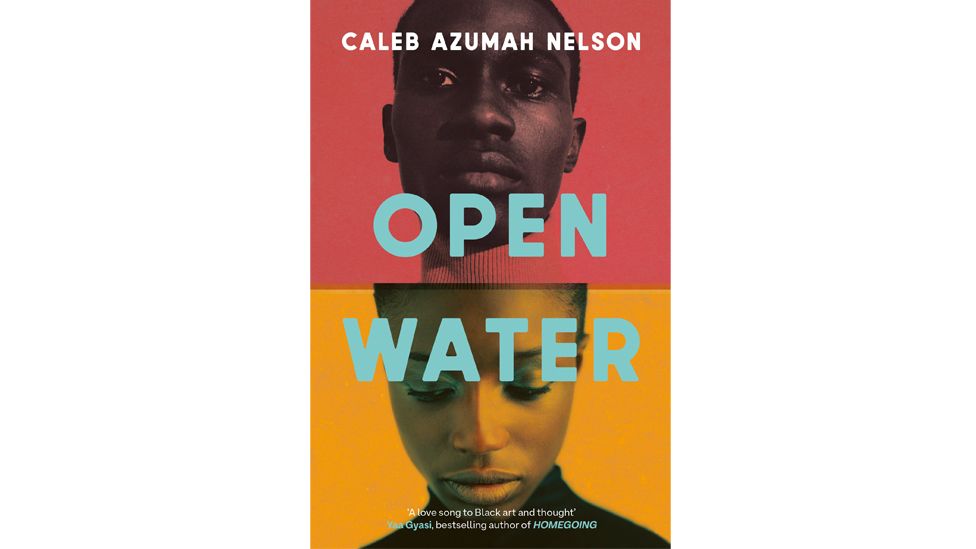 In 10 short stories set in contemporary China, Te-Ping Chen evokes the lives of various characters, from an anti-government blogger and her twin brother, a competitive gamer, to a call-centre worker and a young woman thwarted in her real ambition and working as a florist. The stories mix sharp social observation with magical realism. The LA Times describes the debut story collection as “wildly inventive” and “elegant”. Chen’s stories are “magistic and elemental, a reflection on how we all live, no matter where we live. The logic of her observations can be terrifying”. (LB) 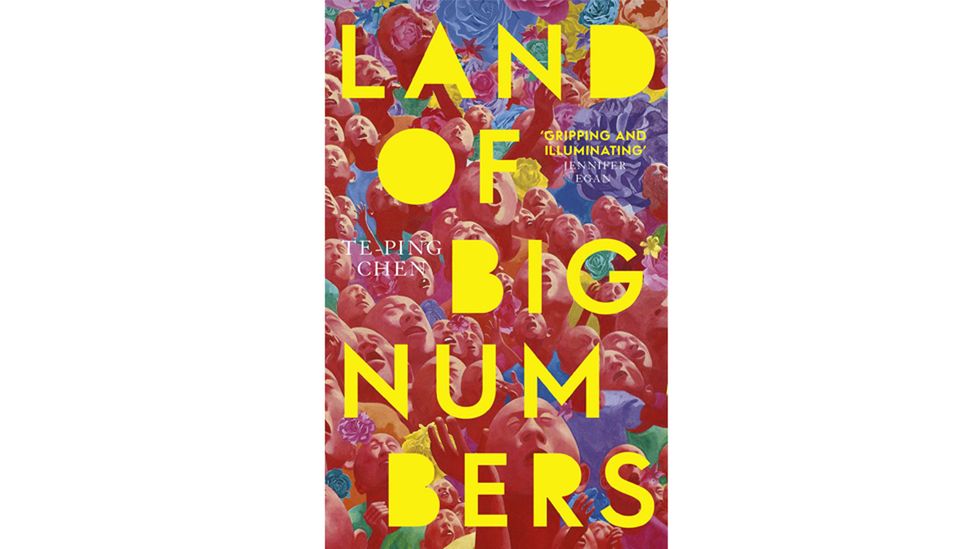 “Unceasingly cynical and compulsively readable” is how the Irish Times describes Fake Accounts, a debut novel by Lauren Oyler that explores themes of identity and authenticity in the internet age. The nameless narrator discovers that her boyfriend is an anonymous internet conspiracy theorist, the first in a series of twists that depict how truth can be shaped by lies. She flees to Berlin and embarks on her own manipulations and deceptions. It is, says The Guardian “a dark comedy about a dark time, and a prismatically intelligent work of art”. (LB) 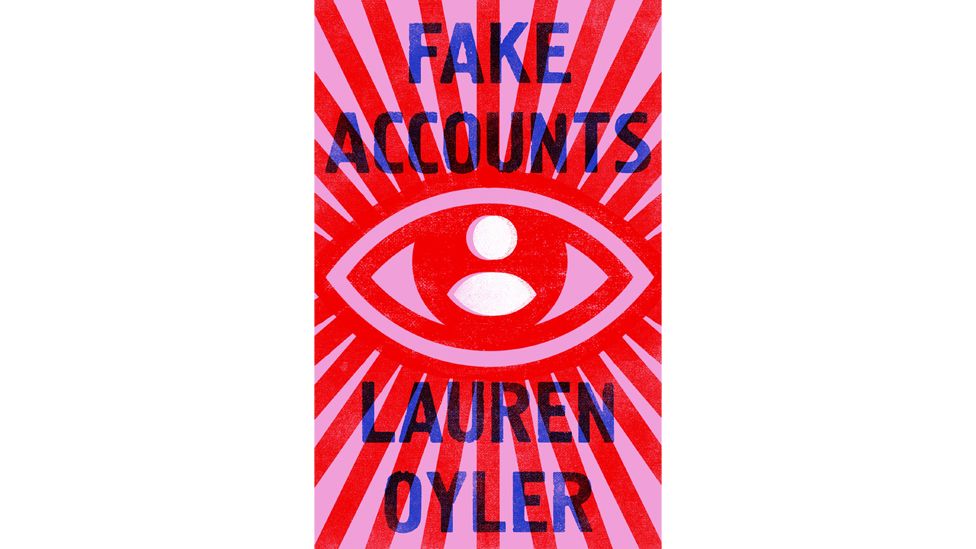 Sunak: Ministers doing all we can to fix supplies for shops